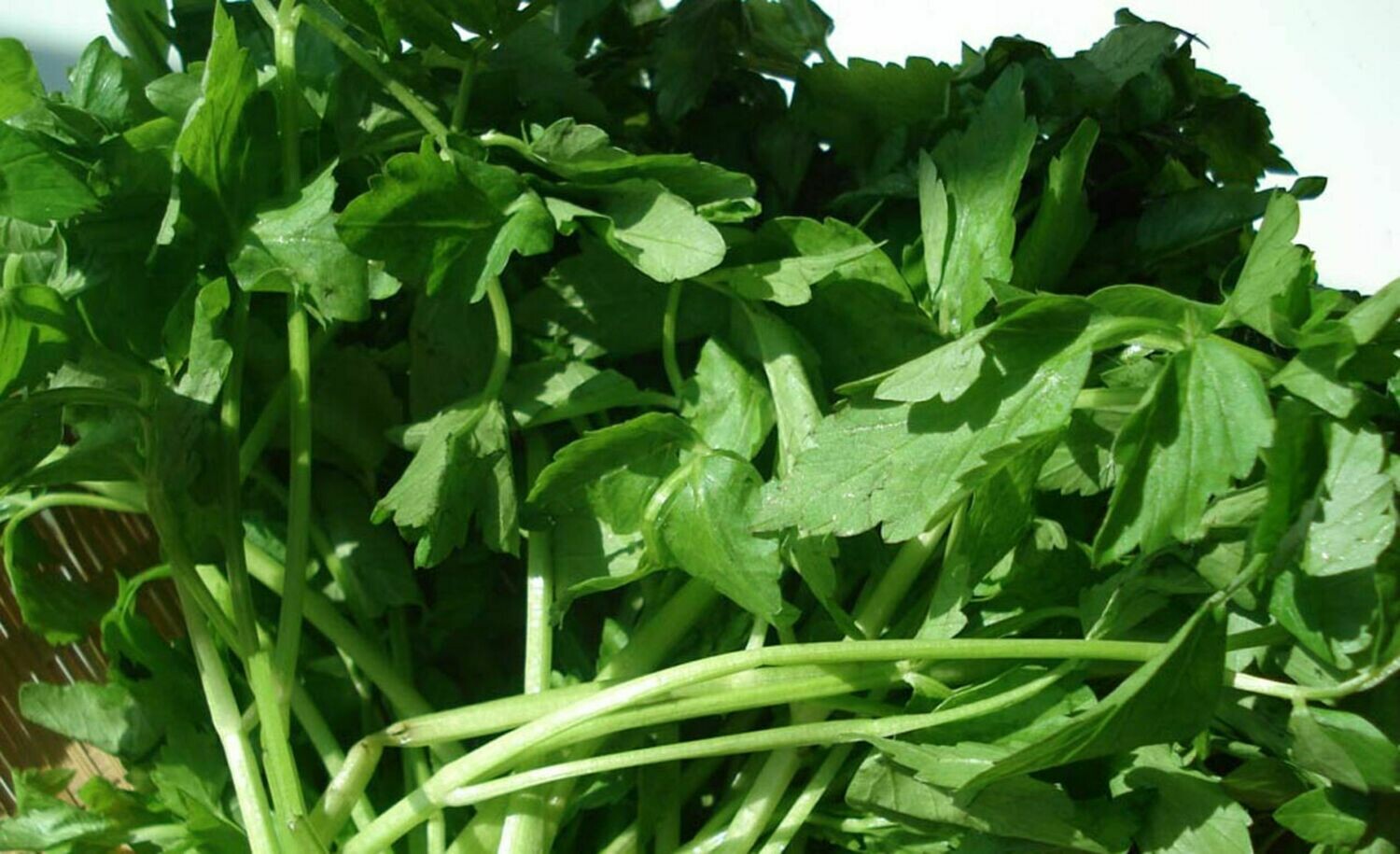 How to grow water celery
Water celery prefers a lot of moisture to grow, I usually grow it submerged in a bucket of soil with a few cm of water on top. This plant should always have the leaves emerging from the water or it will rot as it is not an aquatic plant. Most people seem to grow it in depths of 10cm to 15cm of water. That being said some of my plant's runners have made their way into other pots of soil not even near water and are growing happily enough if they get reasonable water.
I didn't plant water celery here, it found its own way in using runners
Water celery found its way into this pot has survived here
I am told that it can survive temperatures as low as -30C but find that very difficult to believe. It seems to die back a little when the frosts hit and there is ice on top of the water, but as soon as the weather warms up it takes off and grows well. This plant can become invasive so take care if you plant at the edge of a pond.
Water celery, even the variegated flamingo form, is a productive and aggressive grower. It grows long runners in an attempt to colonise as much suitable ground as possible. I have read several studies which state that when grown on a floating raft type system it can be used to remove phosphates, nitrates and various other forms of pollution (apparently including gold) from water.
Considering that water celery loves moisture, and it is reasonably simple to remove, even if it does become a weed it should not stray too far from damp ground and should be reasonably simple to pull or dig out. Guinea pigs and chickens seem to like it so if you ever had a patch that got out of control if you move animals onto that ground they should eat it out pretty fast.
This plant can and does flower and will set viable seed. I lost all of my seeds so do not know if they will be variegated or if a percentage will be green. I am told that it will grow to 60cm tall but mine never reach half of that.
Save this product for later
Display prices in: USD