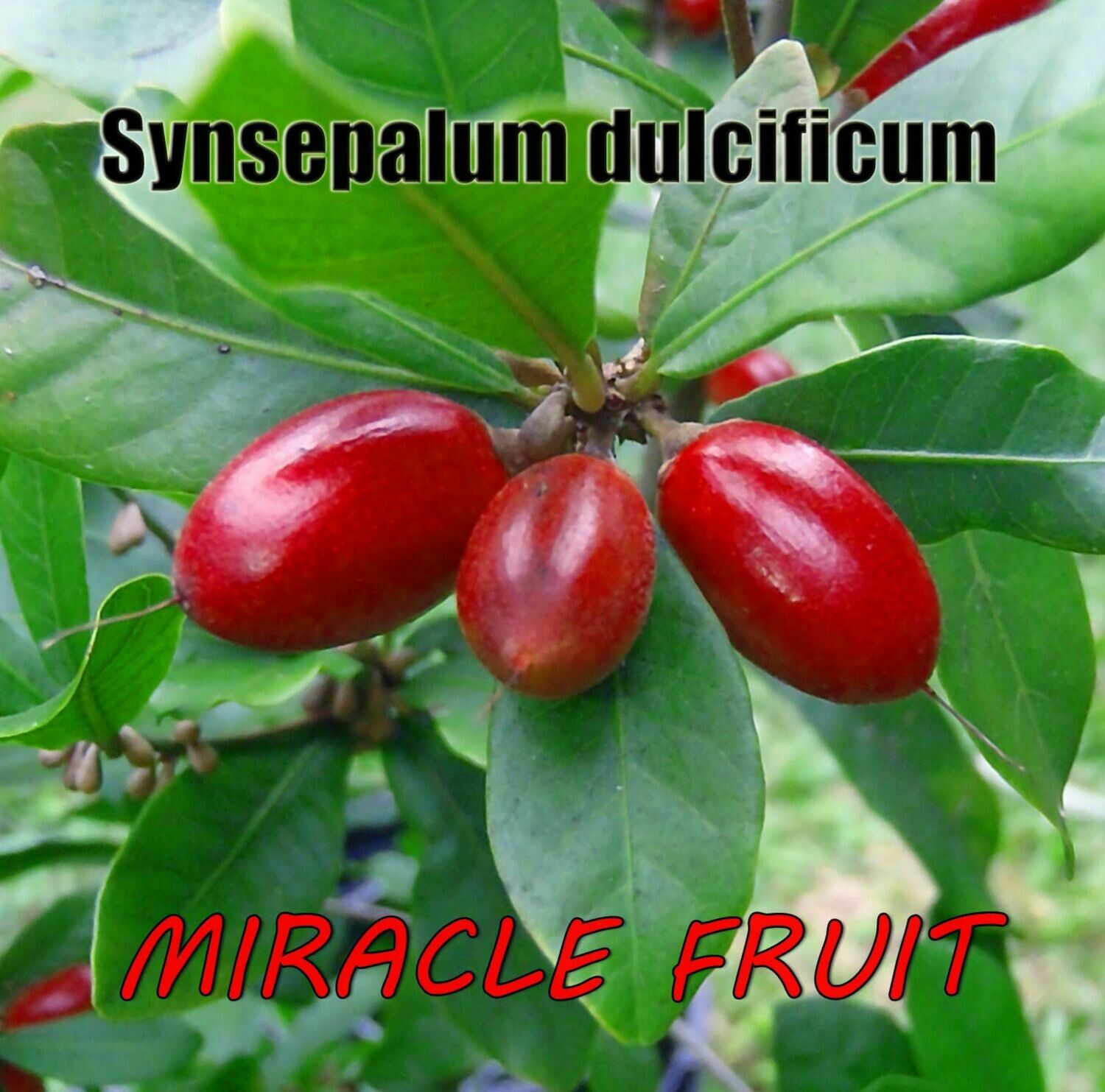 Synsepalum dulcificum is a plant known for its berry that, when eaten, causes sour foods (such as lemons and limes) subsequently consumed to taste sweet. This effect is due to miraculin. Common names for this species and its berry include miracle fruit, miracle berry, miraculous berry, sweet berry, and in West Africa, where the species originates, agbayun taami, asaa, and ledidi.


The berry itself has a low sugar content[7] and a mildly sweet tang. It contains a glycoprotein molecule, with some trailing carbohydrate chains, called miraculin.[8] When the fleshy part of the fruit is eaten, this molecule binds to the tongue's taste buds, causing sour foods to taste sweet. At neutral pH, miraculin binds and blocks the receptors, but at low pH (resulting from ingestion of sour foods) miraculin binds proteins and becomes able to activate the sweet receptors, resulting in the perception of sweet taste.[9] This effect lasts until the protein is washed away by saliva (up to about 30 minutes).[10]

The names miracle fruit and miracle berry are shared by Gymnema sylvestre and Thaumatococcus daniellii,[2] which are two other species used to alter the perceived sweetness of foods.
Save this product for later
Display prices in: USD