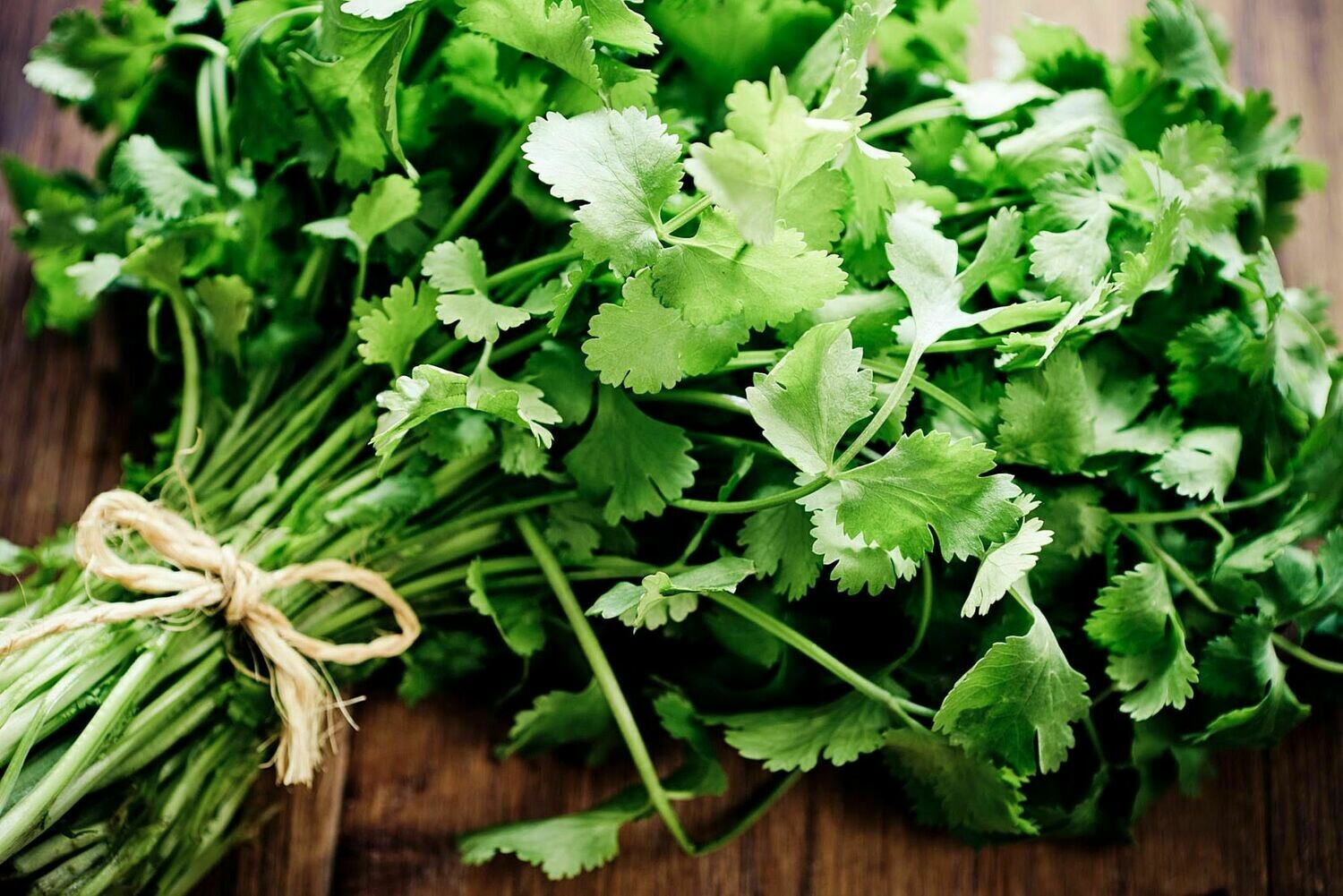 3 options to choose from 1 pack, 2 packs or 5 packs
How to Grow Cilantro
Cilantro needs full sun or light shade in southern zones since it bolts quickly in hot weather. It grows best in a well-drained, moist soil. Cilantro plants should be spaced about 6 to 8 inches apart. To harvest fresh cilantro all season, make successive sowings every 2 to 3 weeks starting in late spring.
From the time of sowing seed, cilantro leaves can begin to be harvested in about 3 to 4 weeks. Cilantro seeds can be harvested in about 45 days.
History of Cilantro (Coriander)
Cilantro, has been used for many centuries in the cooking of Mexico, India, Africa, Spain, Russia, China, many areas of Asia - especially Thailand, and the Middle East. It is thought to be native to North Africa or the Middle East. In addition to its many culinary uses, cilantro seeds were used medicinally, especially as a sleep and digestion aid.
Cilantro vs Coriander
Throughout most of North America, the stalks and leaves of the Coriandum Sativum plant are known as cilantro and the plant's dried seeds are called coriander. However, in different parts of the world, the plant is known as coriander & seeds called coriander seeds.
Should I Plant Cilantro Seeds or Plants?
Growing cilantro plantsCilantro is best grown by directly sowing seed in the garden for two reasons. It grows so quickly it needs no head start indoors, and since cilantro develops a taproot, it doesn’t like being transplanted.
However, if you can’t wait to harvest some fresh cilantro leaves in late spring, about 2 weeks before the average last frost date start cilantro indoors in peat pots that can be directly transplanted into the garden. Seeds germinate in about 7 to 10 days
Save this product for later
Display prices in: USD